Ambulance Victoria is thrilled that one of our rising stars, and our organisation itself, has been recognised at the 2017 Wurreker Awards. 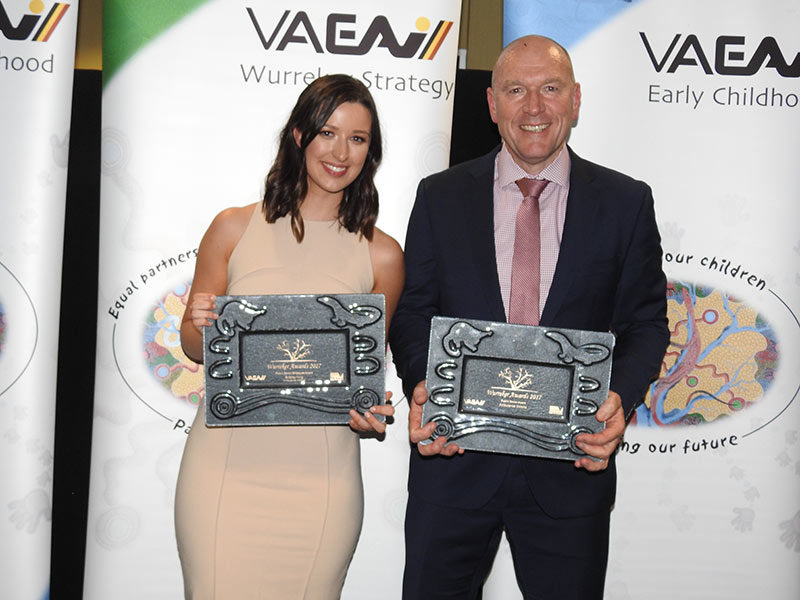 Ms King is a young, motivated Gunditjmara-Monaro person who strives to improve health outcomes in her community, especially through her involvement in youth and young adult programs.

A former Ambulance Community Officer, she continues to serve the Bairnsdale community as a student paramedic while completing her studies.

Ms King, the second Ambulance Victoria recipient of the award following Keyanna Hood in 2015, said she was surprised but honoured to receive an award for doing something she loved.

“They say if you love your job, you never work a day in your life and that’s how I feel,” she said.

Since 2012, Ambulance Victoria has focussed on improving employment, education and career pathways for Aboriginal people. The organisation is also working with Aboriginal organisations to improve engagement and build community health resilience.

In the accepting the award for Public Sector Employer of the Year, Acting CEO Mick Stephenson said the organisation had taken steps in recent years to better represent all communities it served.

“We started at that time to create an environment where young Aboriginal leaders could be trained by us, developed by us and educated to get paramedic degrees.”

“We’ve been recognised and received awards for our work around the world– I’ve never been more proud than to receive this award and to work with communities such as yours,” he said.

Ambulance Victoria respectfully acknowledges the traditional custodians of the land throughout Victoria and pays respect to their ancestors and elders, both past and present.