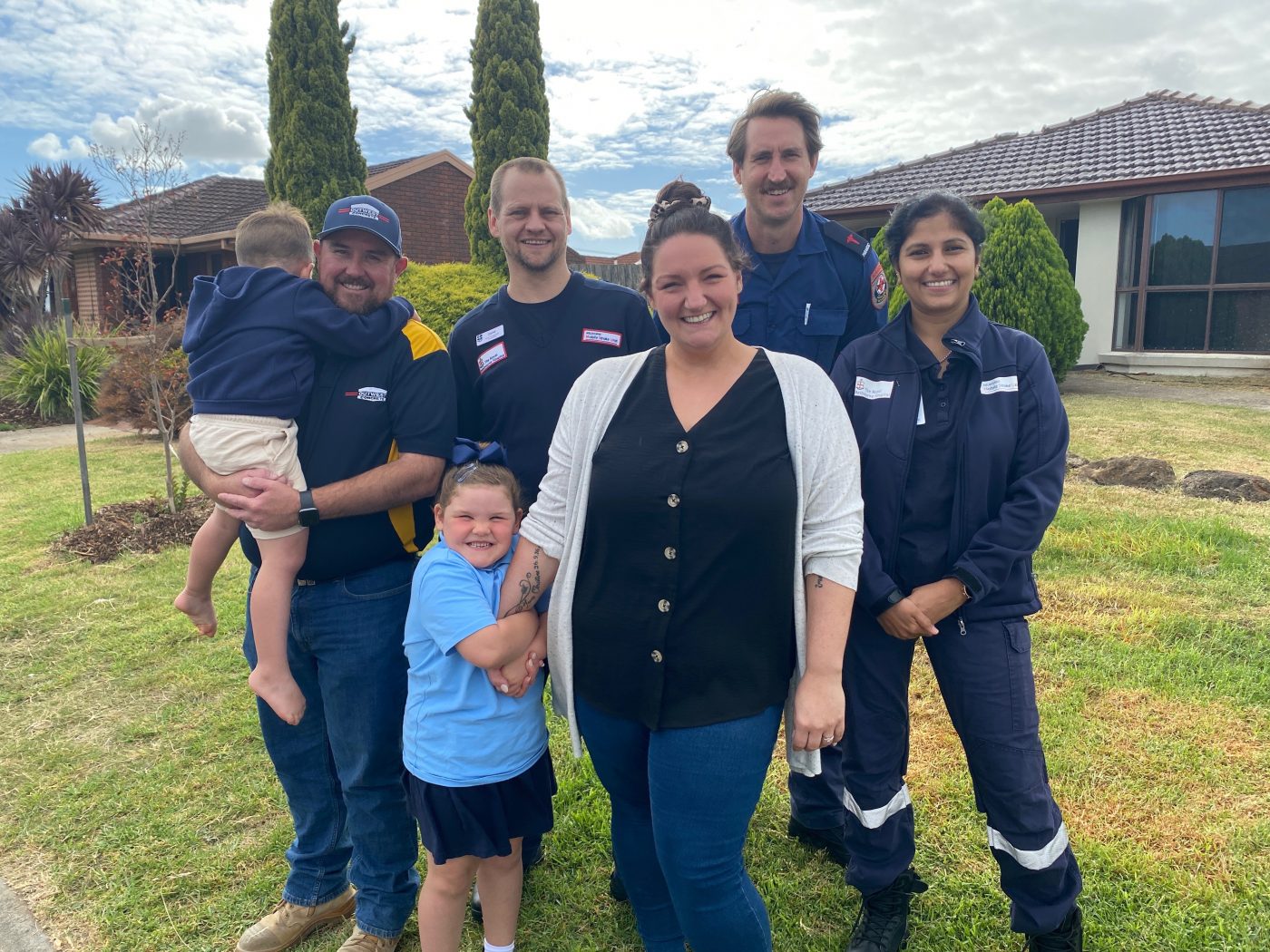 A Hoppers Crossing mum who suffered a stroke last year has thanked the specialist stroke team and paramedics who came to her aid.

Last October, the 34-year old had just sent a text message when she started having difficulty speaking, experienced weakness in her hand and her vision started to deteriorate.

Cherie was home with her two young children, but managed to call her mum before her symptoms got worse.

Cherie’s mum arrived to find her daughter extremely distressed, and being comforted by her five-year old daughter, and immediately called Triple Zero (000).

The Mobile Intensive Care Ambulance (MICA) paramedics were first on scene and handled Cherie’s initial treatment before she was transferred into the care of the MSU.

A Computed Tomography (CT) scan on-board the purpose-built MSU revealed Cherie was suffering from an ischemic stroke, which occurs when a clot blocks a blood vessel to the brain.

“In the MSU, assessment and treatment of a patient can begin immediately – just like in Cherie’s case,” he said.

Cherie was administered the clot-busting medication and was soon able to start talking and moving again.

“By the time I arrived at RMH, I could use my hand and was totally mobile,” she said.

When a person experiences a stroke up to 1.9 million brain cells die every minute, so time is of the essence and every second counts.

“Time is critical when it comes to treating stroke patients, so by getting to these patients in the field and assessing them straight away, the MSU is able to reduce the time before the type of stroke is diagnosed, reduce the time to start treatment, and most importantly reduce the damage these events cause. In these cases, time saved is brain saved,” Tom said.

“Cherie had some really good improvement in her symptoms by the time we arrived at hospital.”

Cherie was taken to RMH where she spent two nights under observation.

She continues to see a speech pathologist, but thankfully there has been no long-lasting impact to her mobility, and she has returned to work as a hairdresser.

“I am working on my speech as I still stutter at times, slur my words, and sometimes I can’t even string a sentence together. I also have difficulty retaining information and am forgetful, but I am hopeful this will improve over time,” Cherie said.

Cherie said because of the MICA paramedics and MSU crew’s quick actions, their excellent clinical care and medical skills, she will be celebrating her wedding next month to her long-time partner Glenn.

“I received the best possible care, the MICA paramedics who were first on scene were so responsive and respectful,” Cherie said.

“The work of the MSU crew was incredible, I was given the right care in the right way, and was a patient that was connected to the right service; I am so thankful.”