Caulfield based paramedic Daniel Berhang was off duty but quickly switched into ‘work mode’ when his pregnant wife Romy cried: “The baby is coming!”

Daniel had been called to a small number of births in his 10 years at Ambulance Victoria, and had always wondered how people could not have been prepared enough to get to hospital. Now he understands that sometimes babies just want to get out!

Daniel and Romy had only hours earlier come out of isolation from COVID-19, four days before the baby’s due date, when Romy’s contractions started. She started making her way down the stairs to head to the hospital, just 10 minutes up the road.

“By the time I woke up, got the bags downstairs … we got to the bottom of the staircase and Romy declared, “I can’t go any further, baby is coming’,” Daniel said.

“That’s when I had a look and my exact words were, ‘Yes, change of plans, baby is coming here!”

“Like every dad I was like ‘oh no, oh no’. But when I actually saw baby coming I

flicked and it was no longer ‘this is my wife and child’, it was a mother giving birth.”

While Daniel had attended births as a paramedic, it was either his partner who did the delivering or he had arrived just after. So to deliver his first baby that was his own, was extra special.

Despite being equipped with his paramedic skills and experience, Daniel called Triple Zero (000) for back up when the labour unfolded at the bottom of the stairs. Moments later, baby Millie had made her entrance!

Minutes after, Daniel’s colleague and friend, MICA paramedic Rowan Harman was dispatched to the case. Daniel was relieved to know he could now switch from paramedic mode to enjoying the first moments as a new dad.

While Daniel now understands that not all births actually go to plan, he still urges expectant parents to do their best to be prepared, with a well thought out birth plan, as hospital really is the best place to have a baby! 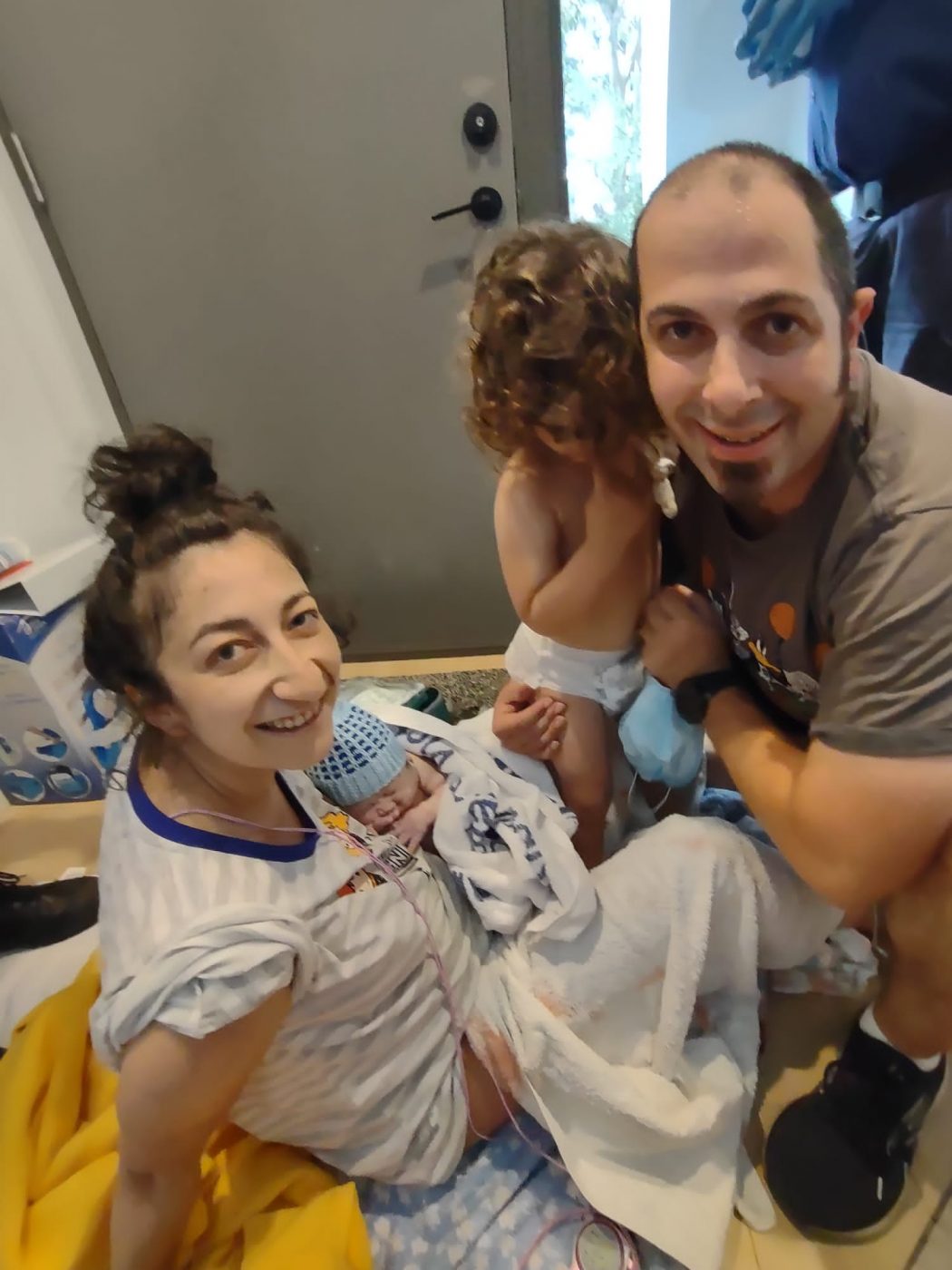