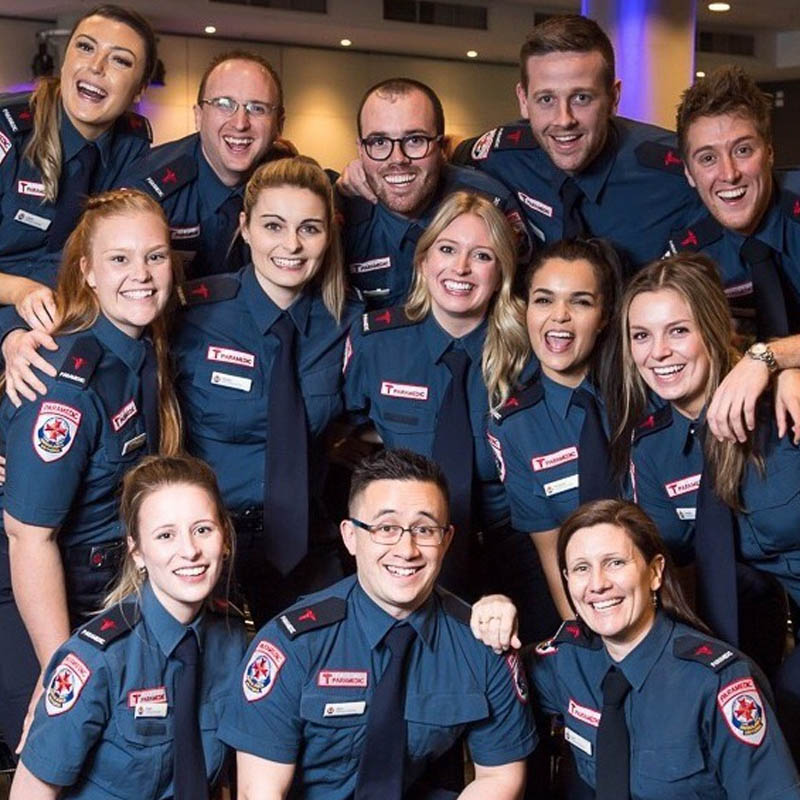 A former army officer, a patient inspired after a serious car accident and a woman fulfilling her late brother’s wishes are among 115 paramedics officially graduating at a ceremony in Melbourne today.

“This is a new generation of paramedics who come from rich and varied backgrounds, and are part of the transformation under way at Ambulance Victoria,” said CEO Associate Professor Tony Walker.

“We know the impact our paramedics make to our community, delivering outstanding health outcomes each and every day,” Associate Professor Walker said. “Thanks to the work of our paramedics and first responders we are, on any clinical measure, one of the world’s best ambulance services.”

“Becoming a paramedic with Ambulance Victoria is by no means an ordinary job. It is one that I truly believe is the best in the world.”

Many of the paramedics graduating today are part of the government’s $500 million commitment to provide an additional 450 para­medics over three years, as well as 15 new and upgraded branches, six new Super Response Centres in Melbourne, additional vehicles, and new paramedic resources in 12 rural locations.

“These additional paramedics and resources are helping us to deliver transformational, sector-leading initiatives that are providing better outcomes for our patients, our staff and for the whole Victorian community,” Associate Professor Walker said.

Today’s graduating paramedics have all completed a university degree and have spent at least 12 months on-road before becoming a Qualified Ambulance Paramedic. Today’s graduates are made up of 73 women and 42 men, who are working in branches across the state.